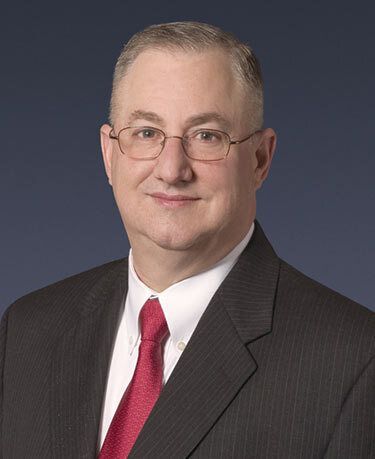 Arnold Punaro is chief executive officer of The Punaro Group, LLC, a Washington-based firm he founded in 2010 specializing in federal budget and market analysis, business strategy and capture, acquisition due diligence, government relations, communications, sensitive operations, business risk analysis and compliance, and crisis management. He consults for a broad array of Fortune 100 companies and has been recognized by Defense News as one of the 100 most influential individuals in U.S. Defense. He also leads Punaro Capital, LLC, a firm specializing in national security investments, and Punaro Press, LLC, a company that specializes in national security publications.

In November 2015, Mr. Punaro completed a four-year term, first as Vice-Chairman, then as Chairman of the National Defense Industrial Association, the country’s largest defense industry association with over 1,600 corporate and 85,000 individual members. As NDIA Chairman Emeritus, he served as Chair of the Nominating and Governance Committee from 2015 to 2018. He began a new two-year term as Vice-Chairman in October 2018 and will serve again as Chairman beginning in October 2020.

Since September 2011, he has been Chairman of the Reserve Forces Policy Board which serves as an independent advisor to the Secretary of Defense on Reserve and National Guard matters. He served on the Defense Business Board (DBB) as a founding member at its inception in 2002 until 2013. He resumed serving on the DBB in 2015.

As an executive vice president at Science Applications International Corporation (SAIC) from 1997 to 2010, at the time a $10 billion company, Mr. Punaro served as a sector manager, deputy president of the Federal Business Segment, and led SAIC's Corporate Business Development organization. He was the senior corporate official responsible for SAIC's government affairs, worldwide communications and support operations, to include crisis and risk management, as well as general manager of their Washington operations and supervisor of SAIC's corporate Small and Disadvantaged Business office.

From 1973 to 1997, Mr. Punaro worked for Senator Sam Nunn in national security matters. He served as his director of National Security Affairs and then as Staff Director of the Senate Armed Services Committee (eight years) and Staff Director for the Minority (five years). In his work with Senator Nunn and the Senate Armed Services Committee, he was involved in the formulation of all major defense and intelligence legislation, the oversight and review of all policy and programs, and civilian and military nominations.

Other assignments were Commanding General, Marine Corps Mobilization Command, and Deputy Commander, Marine Forces Reserve. In December 1990, he was mobilized for Operation Desert Shield. In December 1993, he completed a tour of active duty as Commander of Joint Task Force Provide Promise (Forward) in the former Yugoslavia. He was mobilized for a third time in May 2003 in support of Operation Enduring Freedom and Operation Iraqi Freedom. He served on active duty as an Infantry Platoon Commander in Vietnam where he was awarded the Bronze Star for valor and the Purple Heart.

Mr. Punaro is the recipient of numerous recognitions including the Secretary of Defense “Medal for Distinguished Public Service” and two awards of the Secretary of Defense “Medal for Exceptional Public Service.” He received the Marine Corps League's "Iron Mike Award” in 1993 for "exceptionally outstanding service" and "unwavering commitment" for over 20 years to "ensuring a strong national defense." He has received the Air Force Association's "Exceptional Service Award," the National Guard "Minuteman Award,” the Army’s “Meritorious Public Service Medal,” and the Secretary of the Army “Public Service Award”, the Reserve Officers Association’s “Minuteman of the Year Award”, the Marine Corps Scholarship Foundation “Commandants’ Award,” CAUSE’s Jack London Award, the NDIA Forrestal Award for industry leadership, and was the recipient of the SAIC's "Founders Award" and two special CEO awards. He has over 20 military awards and decorations to include the Distinguished Service Medal as well as numerous civic awards.

He is the author of the book, On War and Politics: The Battlefield Inside Washington’s Beltway, that was published by the Naval Institute Press in October 2016.